From The Surge Wiki
Jump to: navigation, search 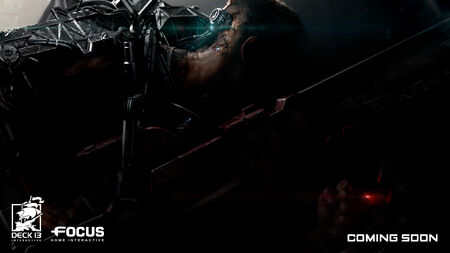 A catastrophic event has knocked you out during the first day on the job… you wake up equipped with a heavy-grade exoskeleton, in a destroyed section of the complex.

German developer Deck13 Interactive, the studio behind 2014 action role-playing game Lords of the Fallen, is working on a new title, The Surge. The new game, appears to have a science fiction theme and will make its debut at Gamescom 2015. The Surge is described as "a visceral hardcore RPG with innovative new combat mechanics," according to an announcement from Focus who also released a piece of teaser art for The Surge, which features a cybernetically enhanced character wearing an exoskeleton and armed with what appears to be a futuristic, sawtoothed sword.